NovaTech FX has received a securities fraud warning from the Central Bank of Russia. As per the CBR’s August 9th warning, NovaTech FX exhibits “signs of an illegal professional participant in the securities market”.

This is the equivalent of a securities fraud warning in other jurisdictions.

NovaTech FX is a forex themed Ponzi scheme. It is run from the US by US nationals Eddy and Cynthia Petion.

The Petions launched NovaTech FX after AWS Mining, their previous Ponzi scheme, collapsed in 2019. As part of AWS Mining’s commitment to regulatory compliance and transparency, the company has announced a corporate move to Dubai – a jurisdiction with little to no regulation or corporate transparency requirements. Dubai is a pretty scam friendly jurisdiction, so don’t count on authorities there policing AWS Capital’s investment fraud.

About us
Investigation as a Service
Why Artefaktum
Artefaktum Academy

We are SSAE-18 Compliant! 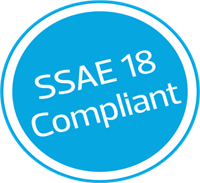 Team up with us and save money